On Leaving and Returning 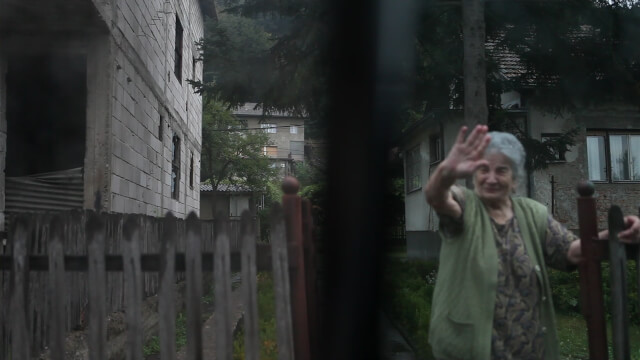 On Leaving and Returning

The light-ray underneath my bedroom door, before the morning, when the others in the other houses are still cloaked in their deep sleep – is it not the first travel signal? My billowing night lamp collecting all the dust pieces – is it not an umbrella laying in front of a door left there by someone who just arrived, or was just leaving but preferred to hand himself over to the soothing feeling of raindrops rather than to the unpredictable chaos of his memories. My father’s arm is visible only for a short time through the space between the door and the wall – the crack that allows for time to flow through and into my room. Time is like a mysterious stranger, whose intentions remain unclear. This stranger manages to crawl into my bed and into my pillowcase. The buttons on my bed-cloth take a deep dive into my ear, the thread holding together the pillowcase forms the same wave as my mother’s nightgown as she walks on the other side of the door. Time goes its own way inside the pillowcase that folds over my unruly hair and encloses my head.

Another light-ray is flickering through and approaching my window. The looming drive is like a ghost that thinks now is a good time to tell me about sorrow. Through the thin cotton sheet I watch the light-ray become larger and the shadows strangely smaller until they converge only into one dot. The light-ray expands into my room and I now no longer see anything at all. The ray flickers and momentarily all the familiar objects around me become visible to me again. The car outside is waiting. The driver seems to be getting impatient and inventing a morse code for leaving. Maybe he would have stopped if he knew that his headlights are taking away everything that holds any meaning to me: my book shelf housing all my favourite characters, my night stand on which I am piecing together a mysterious puzzle, my marbles I pretend are far away planets, my slinky that I found on the bench in my favourite park, where I am not allowed to go anymore. The small wheels of the suitcase my mother is rolling in the hallway signal my parents’ complicity with the strange man waiting for us outside. I close my eyes and try to recall what my room looked like only a second ago, but my father’s voice disperses the images. It is time to go. The toes on my feet stretch out from underneath my bedcover like the roots of a tree, determined to surround and escape the light. My father tells me that our taxi is waiting and I should hurry. He also tells me that it is driving us into a new adventure, but I know that it is only driving us into a new country.

The taxi is not a taxi. It is only a yellow car, but it is easier to leave when you believe the drive is short and your departure temporary. However, even I know that there is only one way across the border and that is the longer way. Otherwise, we will not manage to escape the dark noise outside or the dark clouds collecting over my city. This is why my grandfather gave me the lamp, whose light is now entering only through my ear. My eyes are closed and I want the taxi outside to go away. I would rather trust the words of my grandfather. He said that nothing bad can happen to me when I press the button to turn it on, because it is a magic lamp and magic lamps make all the horrors of the world disappear.

Maybe it is the same button as the one someone pressed to ring the bell at the door with the abandoned umbrella. Maybe if I keep on pressing the light-switch on my grandfather’s lamp, the driver outside will realize that it is impossible for me to cross the border because the chord on my lamp is not long enough to reach a country that does not know anything about broken umbrellas.